The Law of a Year and a Day: one of the few ways a villein could win his freedom. If a villein escaped from his manor, took refuge in a chartered town, and was accepted into a guild without being caught and challenged by his manor lord for a year and a day, he was considered free from serfdom. 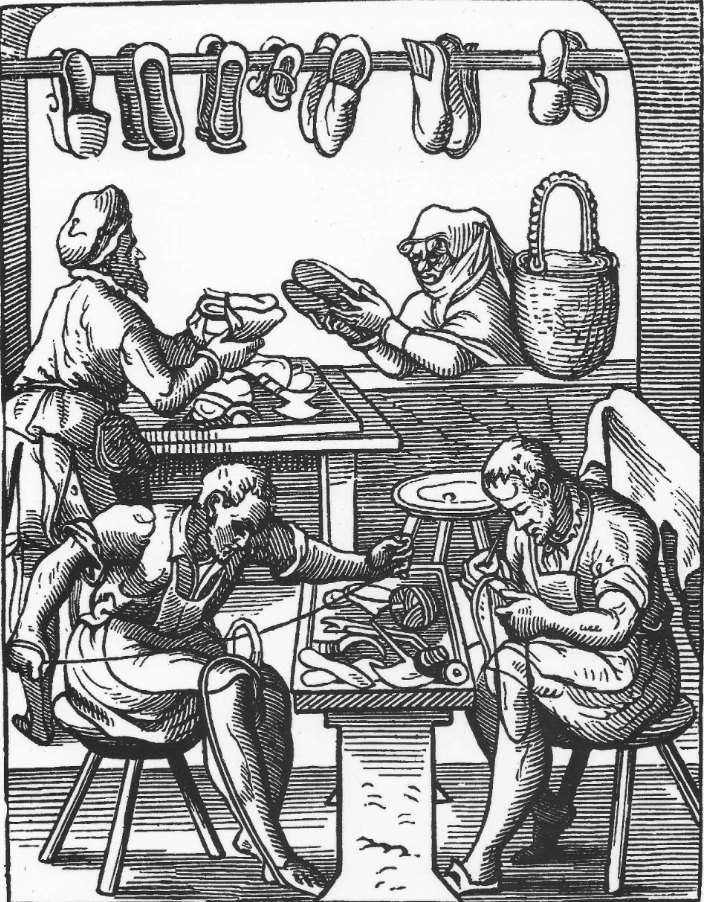 (An escaped villein had to join a guild, like this shoemakers' guild)

Posted by Joyce DiPastena at 9:41 PM