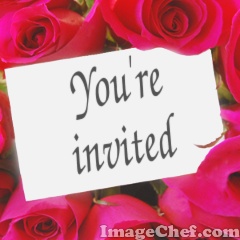 Dangerous Favor is having a launch party, and all of you are invited! I’ll be sharing a romantic excerpt in honor of Valentine’s Day, and giving away prizes, of course! And just so more people can attend, I’m starting a day early…Monday, February 13! Entries will remain open through Valentine’s Day right up till 7 PM MST.

My new medieval romance, Dangerous Favor, can’t celebrate without her sister romances, of course, so I’ll be giving away a gift bag each of the following to three lucky winners:

And of course the star of the party!

And EVERYONE who visits will get a 2 oz box of candy and some swag (bookmarks, magnets, pen, and a special Dangerous Favor white ribbon)

The party begins at 7 AM Monday on my JDP NEWS blog, so mark your calendars and be sure to drop by!
Posted by Joyce DiPastena at 11:30 PM